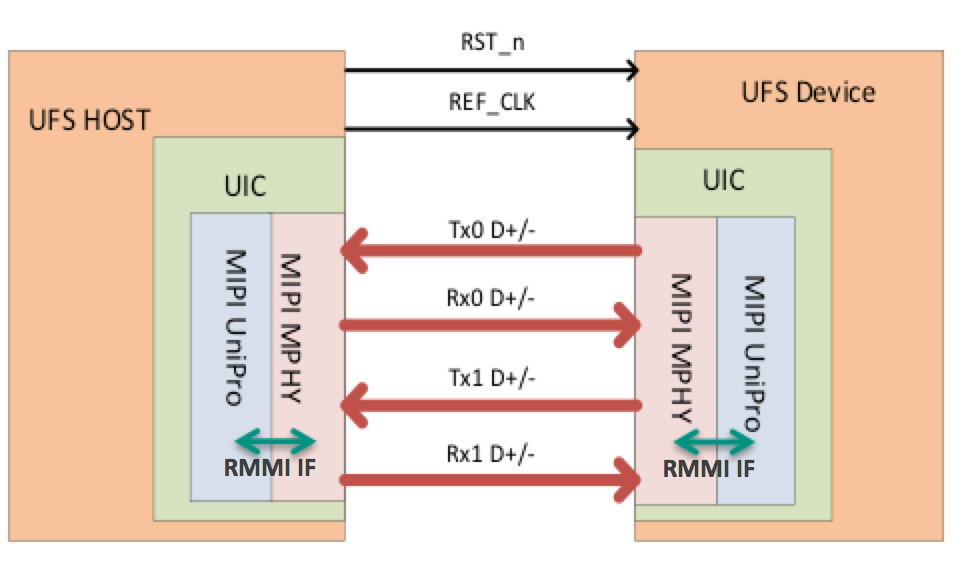 Let's take a look at a few use cases for these specifications.

M-PHY v4.1 and UniPro v1.8 offer twice the speed per lane than was available in their previous generations. Developers can take advantage of this breakthrough in the following ways:

The higher performance of HS-G4 will help handset developers meet the requirements of 5G phones.

As 5G accelerates cellular connections and enables new multimedia and VR/AR applications, more handsets are expected to incorporate large flash drives of 256 GB or more, up from the typical 32 GB or 64 GB today. M-PHY v4.1 and UniPro v1.8 allow multiple applications to use a flash interface simultaneously in a multiplex fashion, meeting users' needs for all the applications. 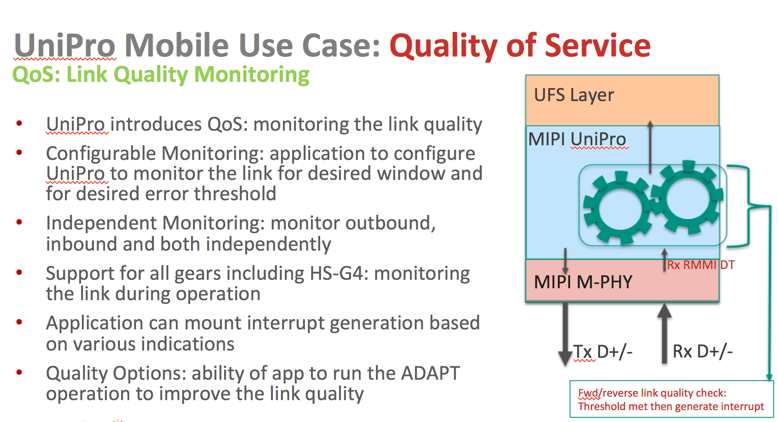 Figure 1: UniPro 1.8 performs link QoS functions within flash interfaces, in this case a UFS 3.0 interface. Communicating with M-PHY via RMMI, the UniPro link layer can monitor the forward and reverse links independently and generate interrupts if a configurable threshold for errors is exceeded.

M-PHY v4.1 and UniPro v1.8 help to both streamline development of new MIPI-based devices and keep hardware costs low. These capabilities can be used to reduce complexity and time-to-market.

Figure 2: In UFS v3.0, MIPI M-PHY v4.1 and UniPro v1.8 form the UFS Interconnect Layer (UIC) that connects a UFS host with a UFS storage device. M-PHY is the physical layer and UniPro forms the link layer. These two layers communicate over an RMMI interface and can support two transmit and two receive lanes.

In UFS 3.0 and other applications, M-PHY v4.1 and UniPro v1.8 are helping product developers address two of the biggest opportunities in mobile and mobile-influenced technology.

The addition of HS-G4 support in UFS v3.0 will allow the flash storage interfaces in 5G phones to accommodate faster connection speeds along with high-resolution camera inputs and richer 5G applications. 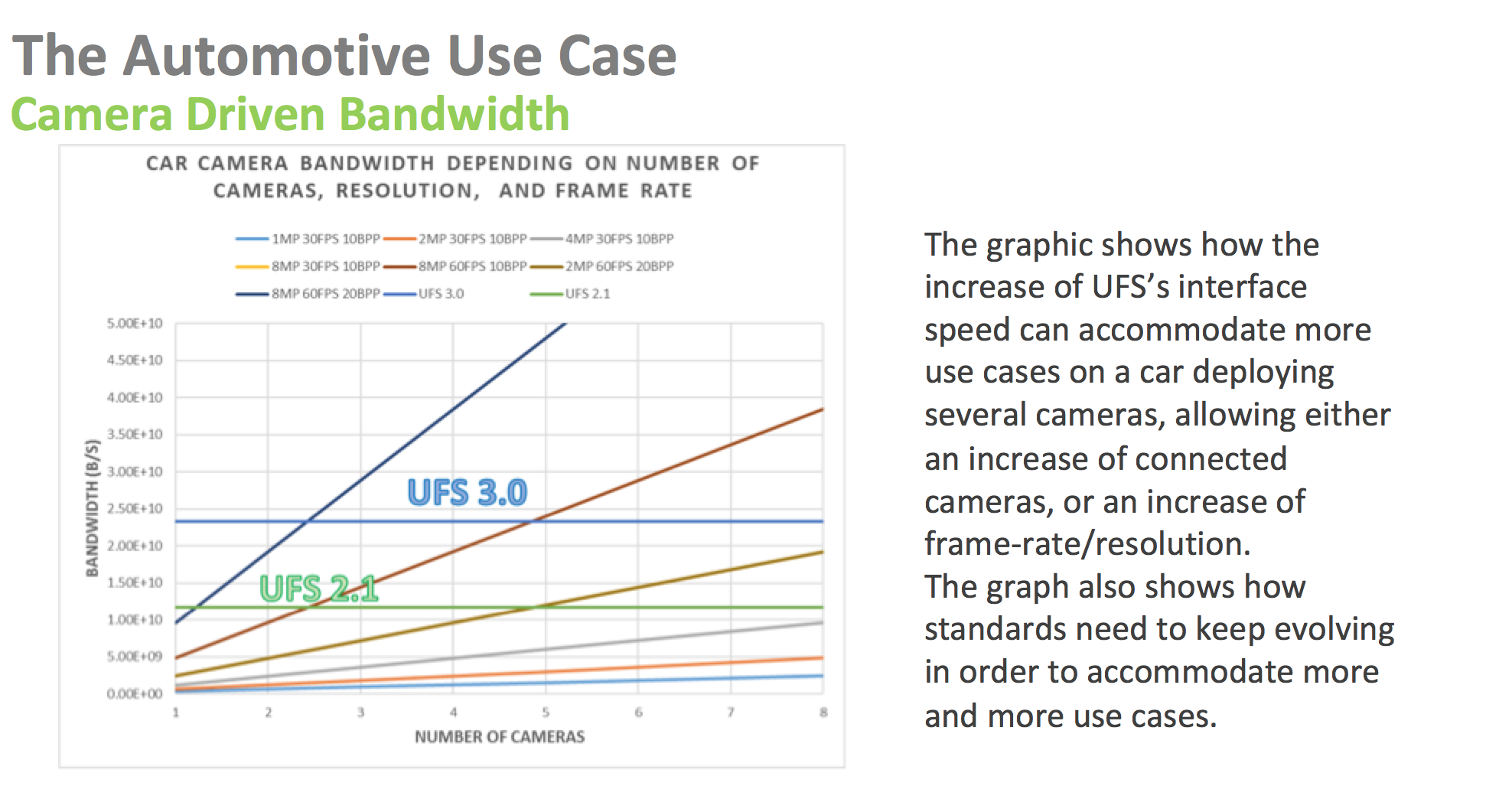 Figure 3: HS-G4 support gives UFS 3.0 the capacity to transfer data from at least eight cameras (in this case, 2-megapixel cameras with 20 bits per pixel, capturing 60 frames per second). UFS v2.1 supported only five. It takes as many as six cameras in today's cars to perform a self-parking maneuver.

These are just a few examples of how the powerful innovations packed into MIPI M-PHY v4.1 and MIPI UniPro v1.8 will power next-generation mobile phones and other applications. Listen to our recent webinar “JEDEC UFS & MIPI UniPro Webinar: Enabling Storage for Mobile, Automotive and Other Applications” to learn more.