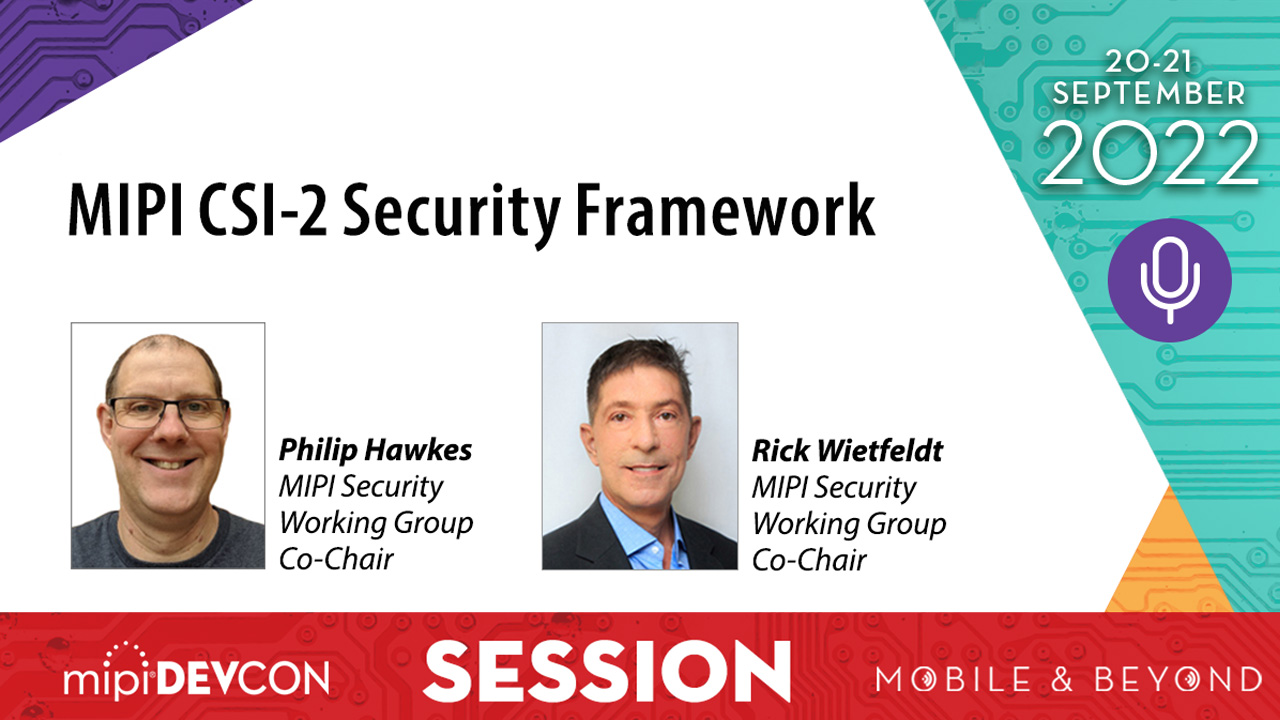 Philip Hawkes is a principal engineer, technology, at Qualcomm, and is the co-chair of the Security Working Group. Phil primarily works on security topics in standards organizations. His experience covers mobile networks, location technologies, IoT/M2M, WiFi and wired connectivity. Phil started his career as a symmetric cryptography expert involved in both design and analysis of algorithms. He received his bachelor of science and doctorate in mathematics from the University of Queensland and is based near Sydney, Australia.

Rick Wietfeldt is a senior director, technology, at Qualcomm Technologies Inc. in San Diego. He joined Qualcomm in 2007 and established the Advanced Connectivity Technology office responsible for the standards developments organizations (SDO) that drive mobile interface standards. He has authored numerous publications and been awarded numerous patents in mobile device architecture and operation. Prior to joining Qualcomm, Rick worked at Texas Instruments in Dallas from 2003-2007 as the OMAP CTO running the U.S. CTO office and helping position OMAP as the workhorse processor of the early smartphone era. Rick received his bachelor of science and master's degrees in electrical engineering from the University of Toronto, and his doctorate from York University in Toronto.