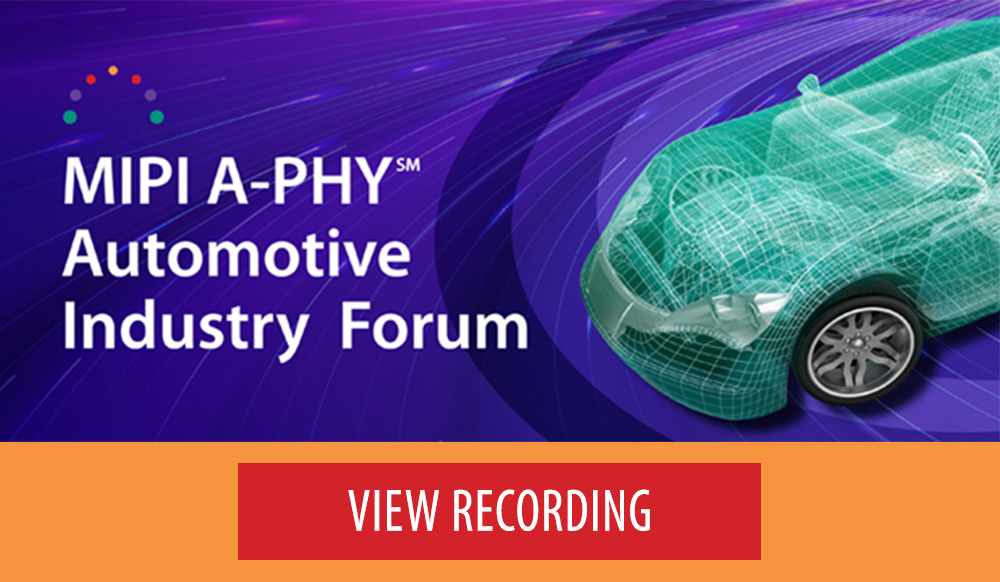 Originally released to members in September 2020 and adopted by IEEE as a standard in 2021, MIPI A-PHY® is poised to facilitate the next stages of the automotive industry’s evolution toward autonomous driving. As the first standardized asymmetric solution for integration of lidar, radar, cameras and displays in vehicles, A-PHY offers both ultra-high speeds and long-reach (up to 15 meters), while still providing high noise immunity and unprecedented reliability with a packet error rate of 10-19 over the lifetime of a vehicle.

Targeted at automotive OEMs and Tier 1 suppliers, this public forum provides a technical overview of the latest A-PHY v1.1 release, followed by an interactive session to help shape the next version of the A-PHY SerDes interface.

The event begins with a brief overview of the specification with a focus on the enhancements in A-PHY v1.1, including doubling of the downlink bandwidth to 32 Gbps, a faster uplink gear with an available data rate of up to 200 Mbps and the addition of optional PAM4 encoding for downlink gears G1 and G2 to allow manufacturers to more easily migrate to A-PHY while using either legacy cables on current platforms or lower-cost cables on new platforms.

The A-PHY Working Group looks forward to engaging with the automotive industry and welcomes questions on A-PHY v1.1, as well as considerations and requirements for the next version.