MIPI Alliance is a collaborative global organization serving industries that develop mobile and mobile-influenced devices. The focus of the organization is to design and promote hardware and software interfaces that simplify the integration of components built into a device, from the antenna and modem, to peripherals and the application processor. MIPI Alliance crafts all of its specifications to meet the stringent operating conditions required in mobile devices: high-bandwidth performance, low power consumption, and low electromagnetic interference (EMI).

As mobile connectivity becomes increasingly pervasive in business and society, more industries,  such as the automotive industry and the burgeoning Internet of Things, are leveraging mobile technologies in their designs and benefitting from the interface specifications MIPI Alliance provides.

MIPI Alliance specifications, used by all leading chipset vendors, have helped companies in the mobile industry consolidate their integration approaches while creating their own high-level designs that differentiate their products.

The vision of MIPI Alliance is to develop the world's most comprehensive set of interface specifications for mobile and mobile-influenced devices. The organization actively promotes and encourages the adoption of its specifications through developer education, resources such as application notes and white papers, and liaison relationships with other organizations.

The mission of MIPI Alliance is to provide the hardware and software interface specifications device vendors need to create state-of-the-art, innovative mobile-connected devices while accelerating time-to-market and reducing costs.

in Mobile and Mobile-Influenced Markets

In the mobile-influenced market, MIPI Alliance interfaces are playing important roles in the automotive industry and the Internet of Things (IoT).

Car manufacturers are using the interfaces to integrate a wide range of components used for safety and infotainment applications and advanced driver assistance systems (ADAS).

IoT vendors are employing the specifications to build a full range of connected-devices, from single-function products to feature-rich wearables and complex robotics systems.

Companies use MIPI Alliance specifications when developing an ever-broadening array of devices, from smartphones to tablets, to laptops, wearables, drones, industrial systems, automobiles and medical devices, to name a few.

The specifications can be applied to integrate 4G/LTE/5G radios and Wi-Fi modems, the application processor, and peripherals such as high-resolution cameras, 4K ultra-HD displays, high-definition audio components, batteries, microphones, and sensors.

The specifications are available as individual interfaces, enabling companies to adopt those that meet their particular needs.

Areas of application include:

A Core Set of Standards

MIPI Alliance was originally established to design a core set of standard approaches that would enable mobile device manufacturers to source components from different vendors, better optimize the performance of their designs, and expedite the delivery of their products to end users.

The organization was founded in 2003 at a critical juncture in the evolution of the mobile industry. At the time, vendors foresaw an exciting market for smart, multimedia handsets yet the fragmentation of essential interface technologies hindered product design and development. Four companies—ARM, Nokia, ST, and Texas Instruments—founded the organization to consolidate interfaces, encourage their use, and help fuel mobile device innovation in the industry.

Evolution of the Mobile Industry

Within a year Intel, Motorola, Samsung and Philips joined,and the organization formed its first working groups and introduced specifications facilitating the interconnections of cameras, displays and modems to an application processor. Membership grew rapidly and by 2008 MIPI Alliance had 150 members spanning the mobile ecosystem, from semiconductor firms to OEMs. Celebrating its five-year anniversary that year, MIPI Alliance introduced seven specifications addressing a range of essential needs in a device, providing interfaces for interprocessor communications, audio, RF, power management and other applications.

By 2013, its tenth anniversary, MIPI Alliance had over 260 members, and the board of directors had expanded to include a new member: Toshiba. By now the portfolio of specifications offered by MIPI Alliance covered the full range of interface applications needed in a device, including interfaces for the modem, application processor, camera, display, audio, storage, antennas, tuners, power amplifiers, filters, switches, batteries and others.

The ability of MIPI Alliance to introduce so many specifications in little more than decade underscores its importance and effectiveness and the commitment of its members, who have a history of anticipating trends, cultivating relationships and collaborating to deliver interfaces that are needed in the marketplace.

MIPI Alliance also has a strong heritage of collaborating with external industries to anticipate and prepare for cross-industry opportunities. As mobile connectivity has found its way into other markets, MIPI Alliance specifications have gained additional influence and helped drive growth in these ecosystems. Organizations from the PC industry for example, such as the JEDEC Solid State Technology Association, USB Implementers Forum and PCI SIG, have all leveraged MIPI Alliance technologies to deploy their protocols in mobile devices.

A Full Range of Interface Specifications

The proliferation of sensors in mobile applications and mobile-influenced markets has created another significant opportunity for cross-industry collaboration. For example, MIPI Alliance worked with the MEMS & Sensors Industry Group and stakeholders from across the sensor industry to address sensor integration challenges. MIPI I3C®, a unified sensor interface developed by MIPI Alliance and introduced in 2016, is expected to have broad market adoption in the smartphone market and beyond, including the mobile-influenced sectors such as automotive, wearables, IoT, augmented/virtual reality and robotics.

MIPI Alliance has a bright future. It looks forward to continuing its work to address increasing technology convergence and the continued evolution of 5G and beyond to enable the growth of mobile-influenced markets. 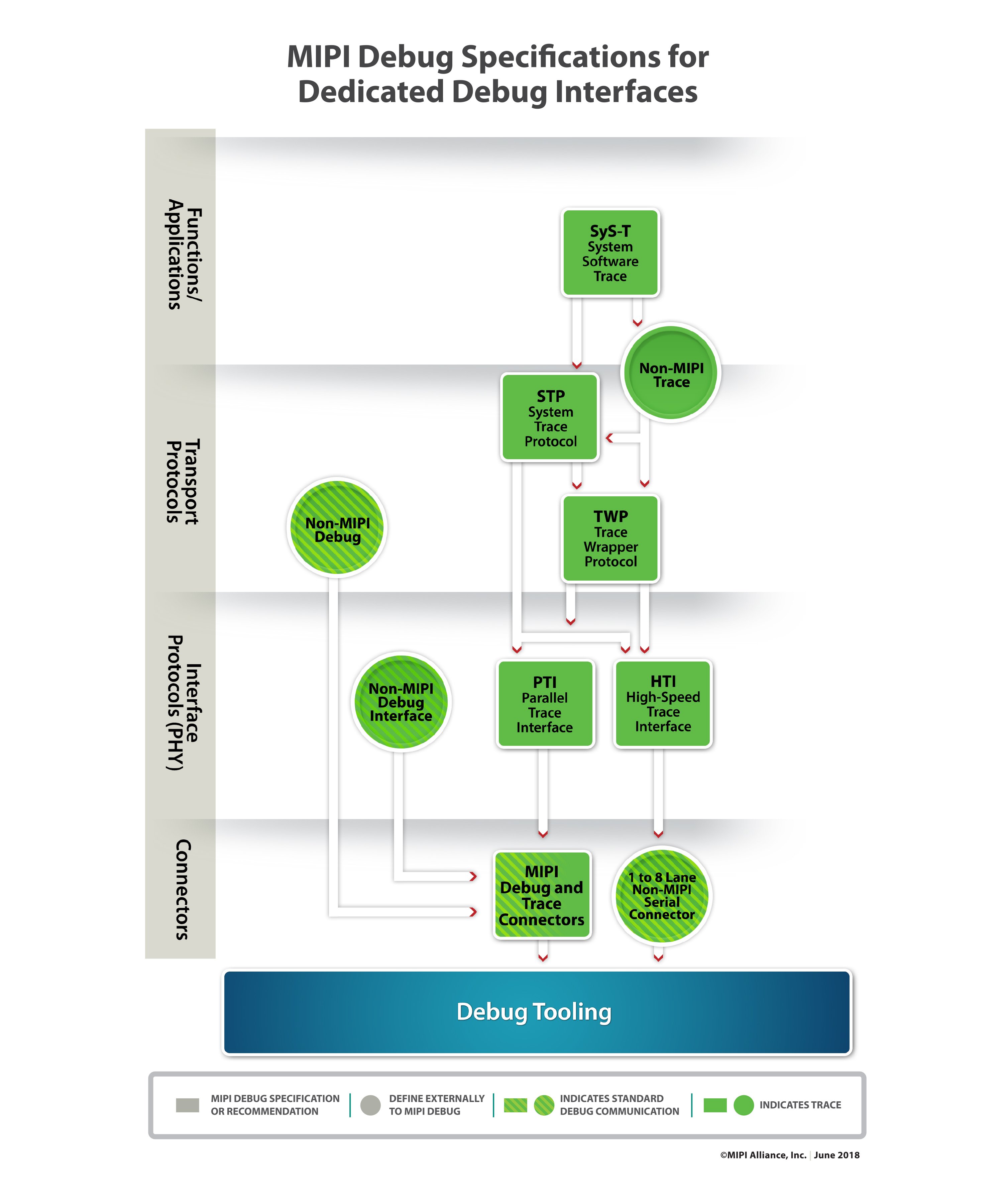 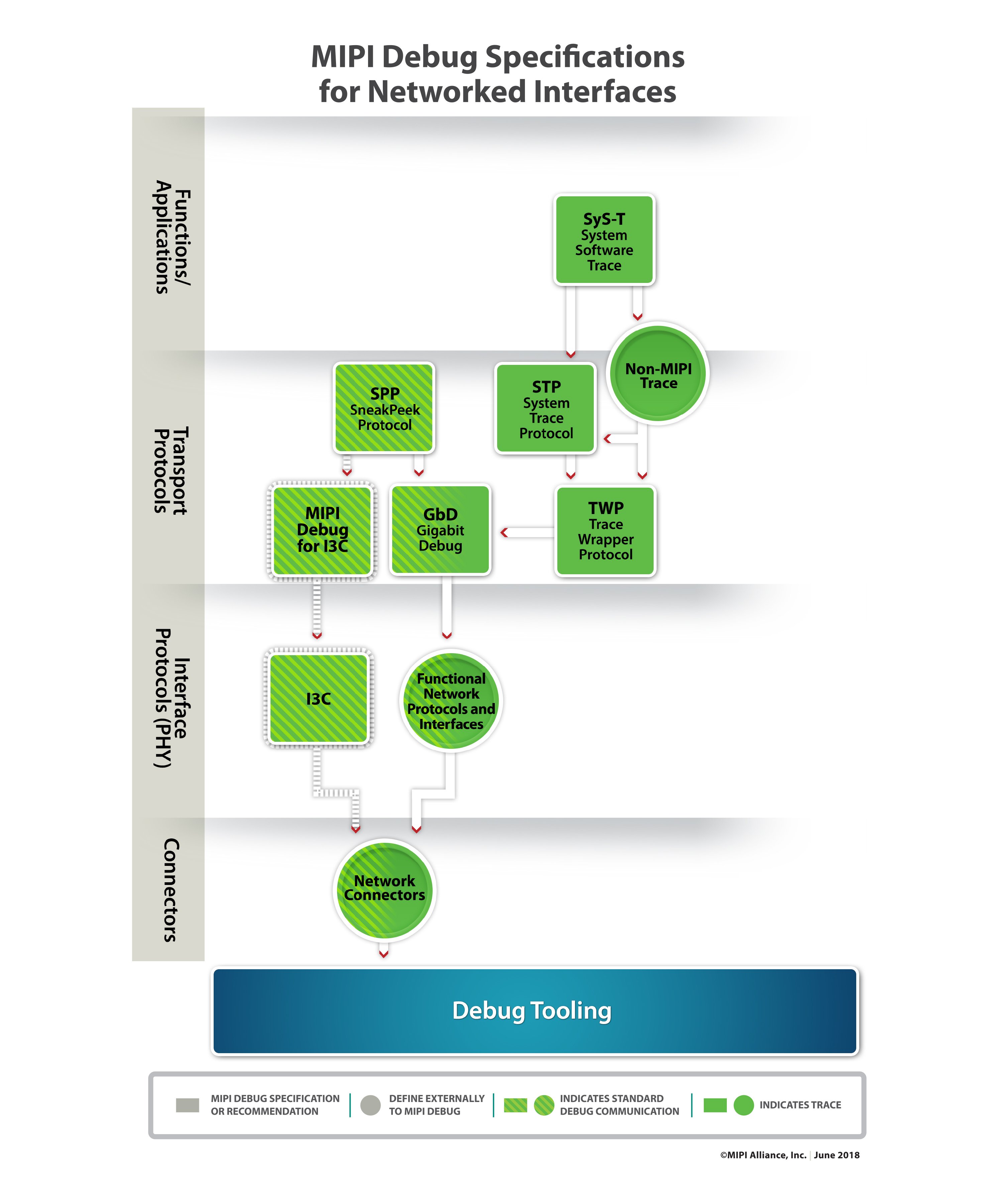 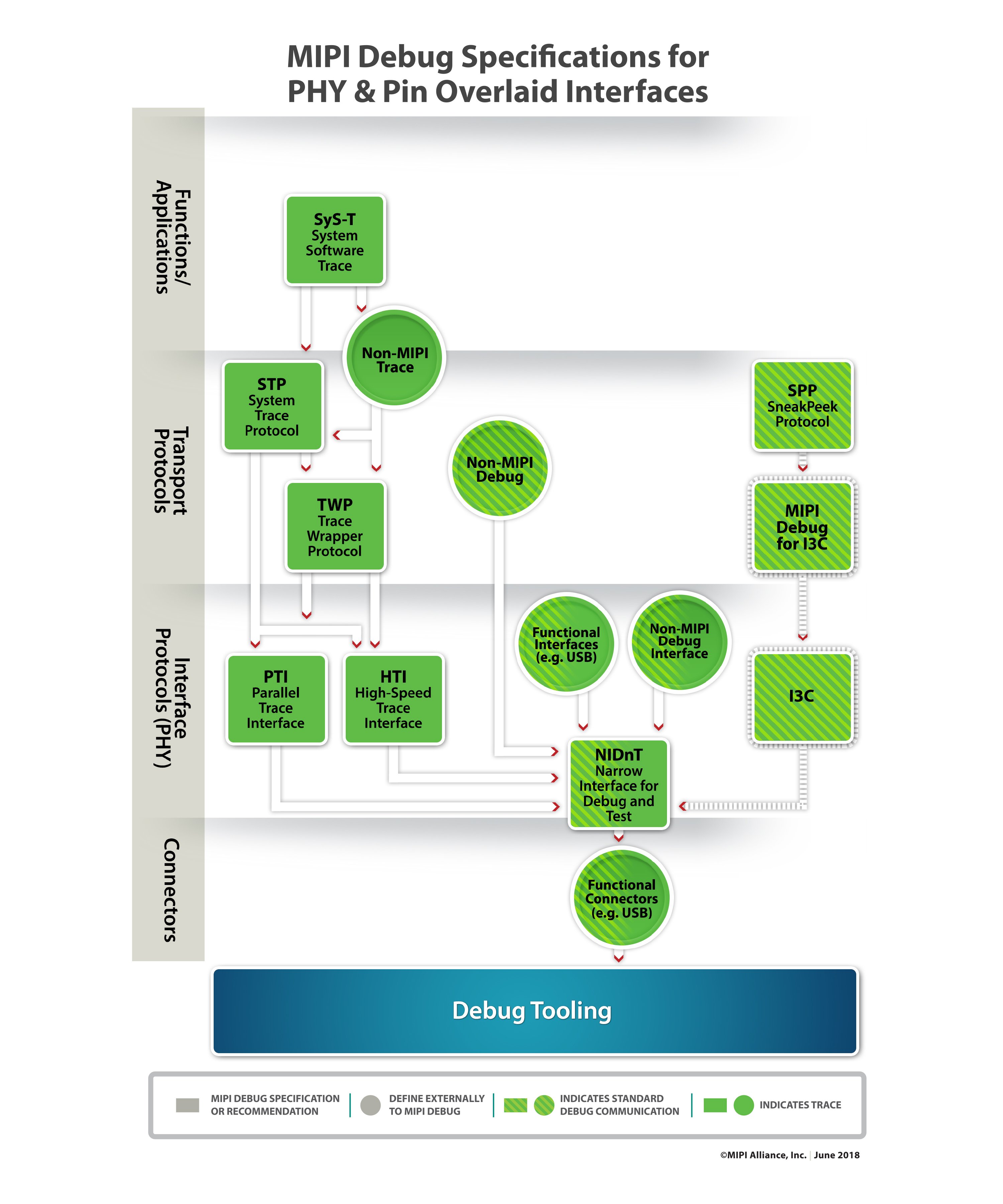 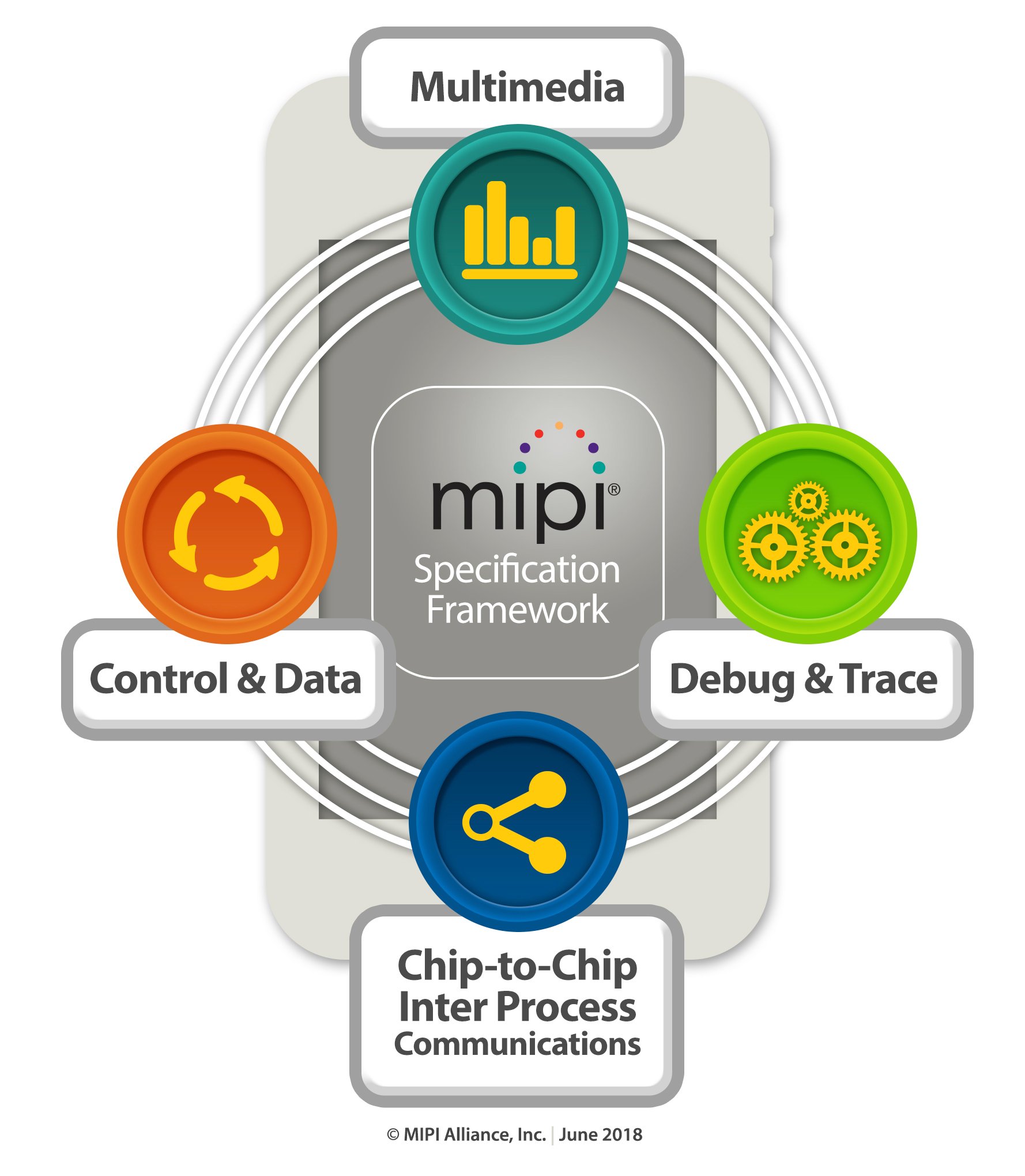 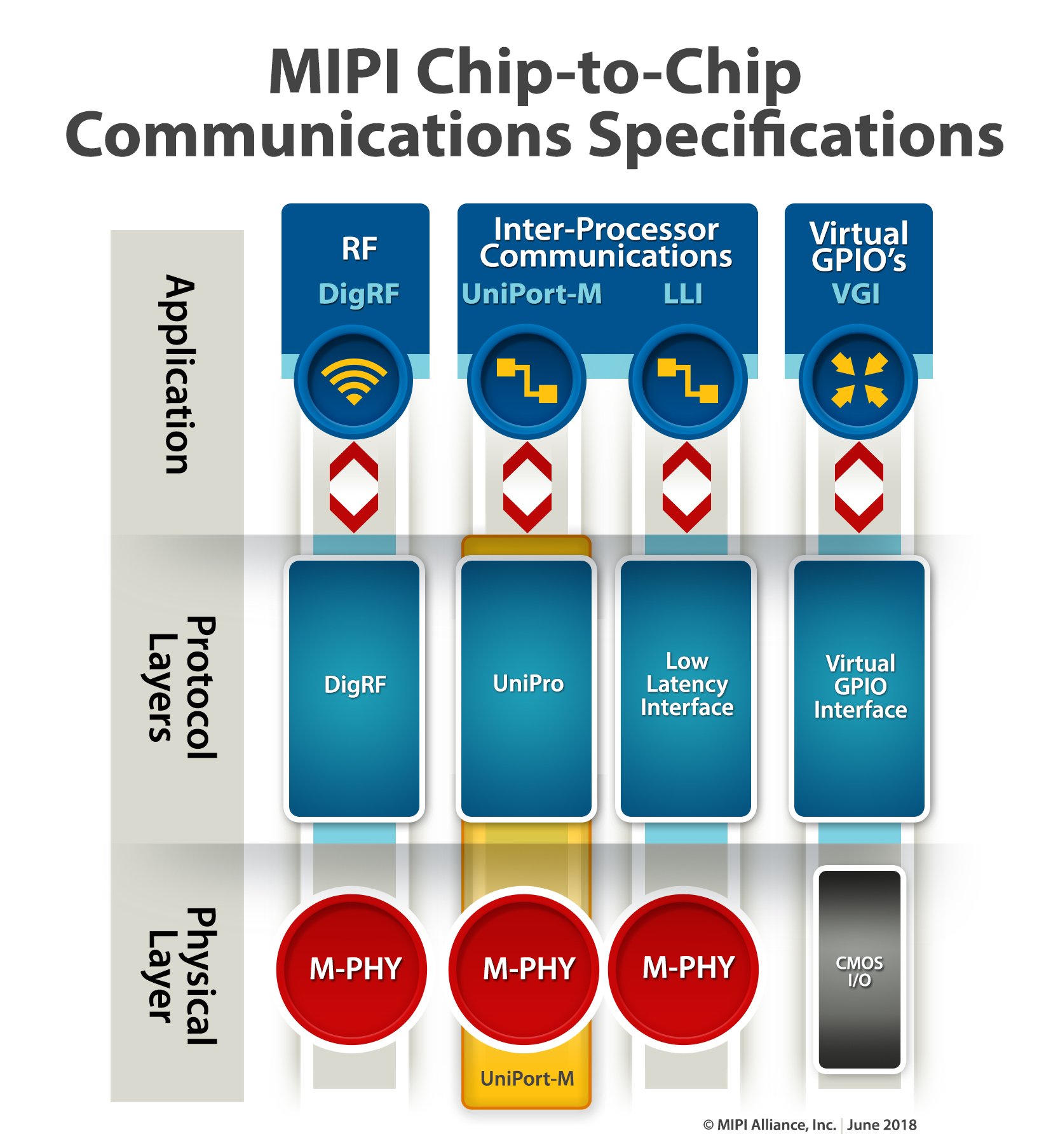 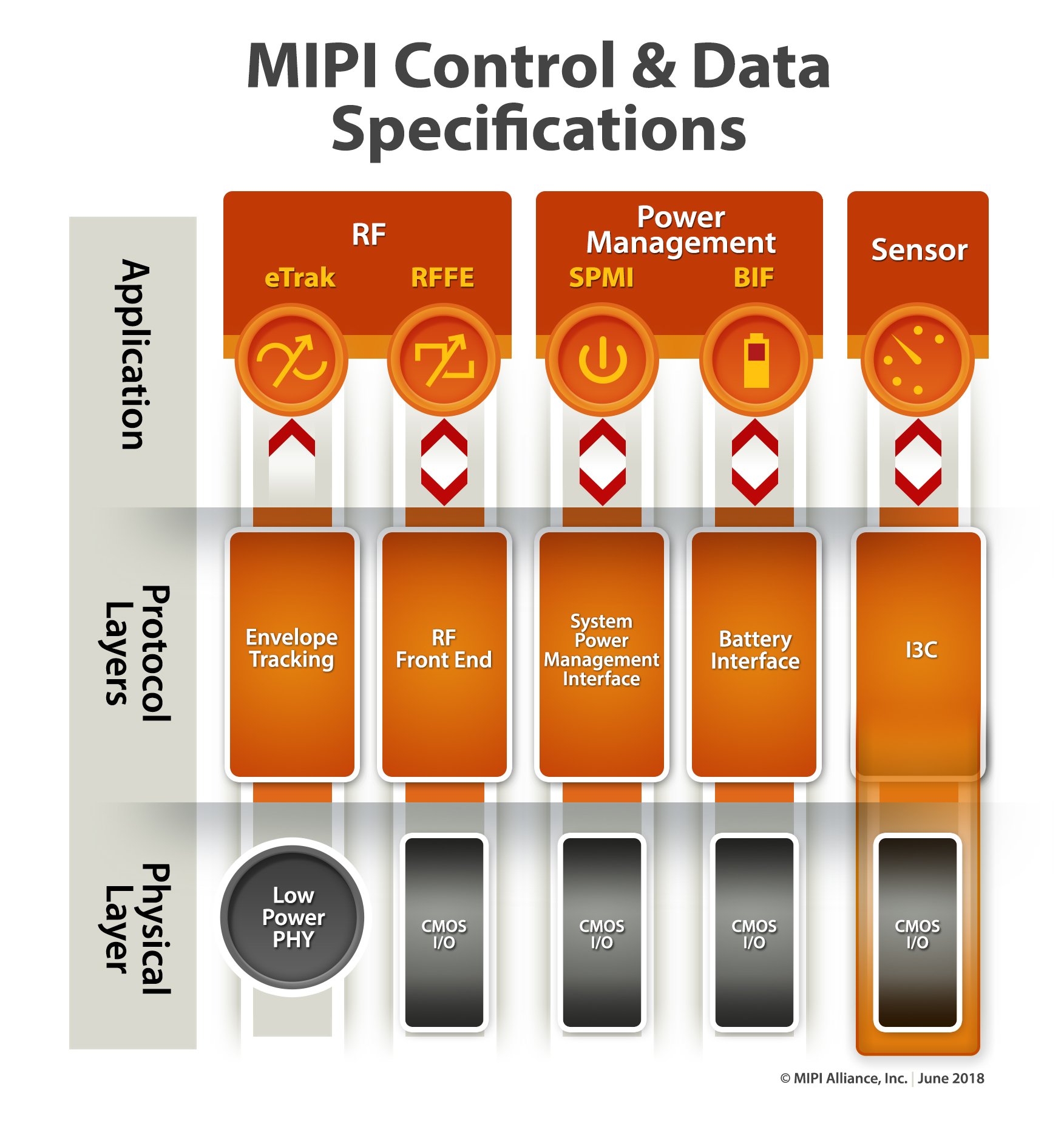 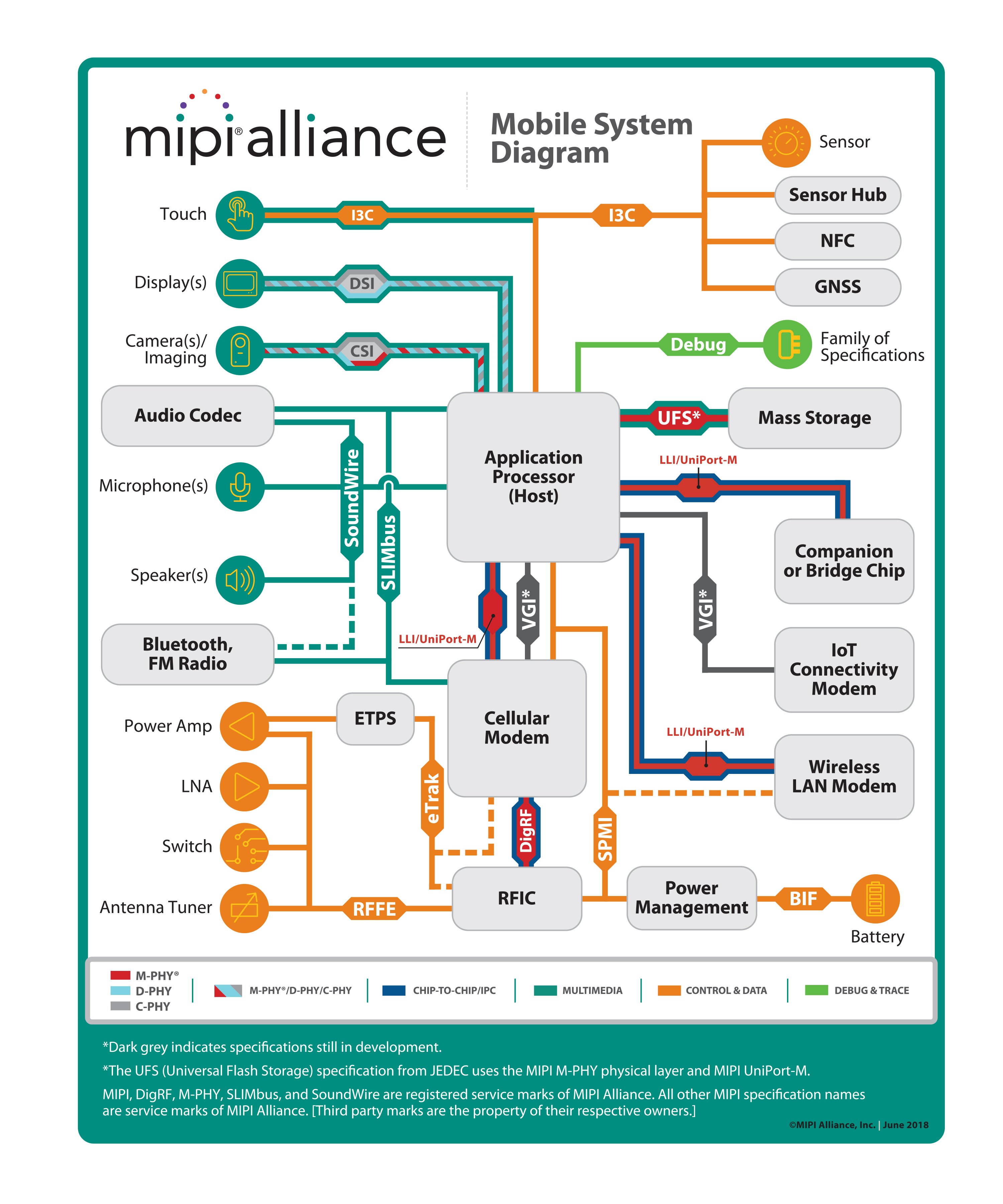 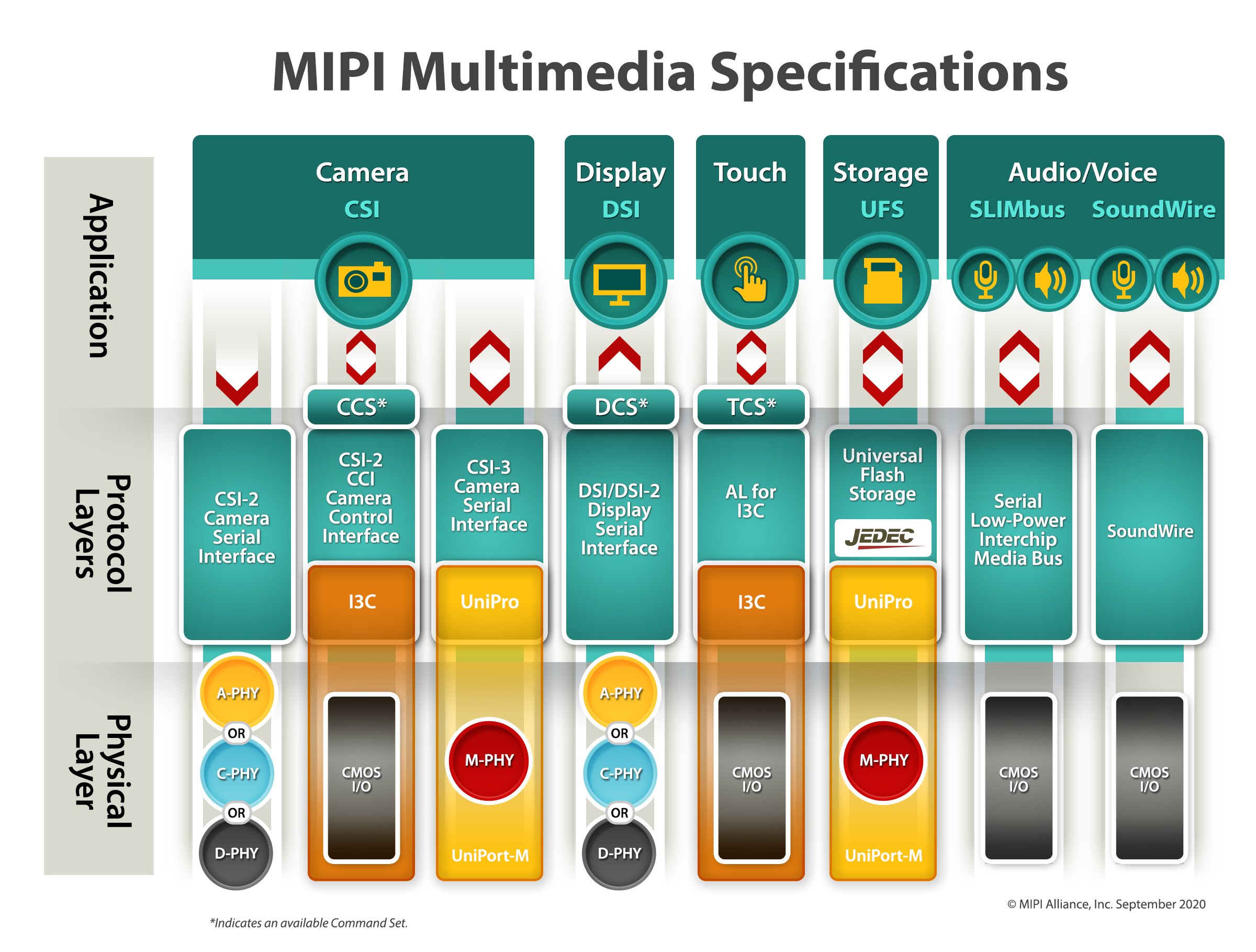