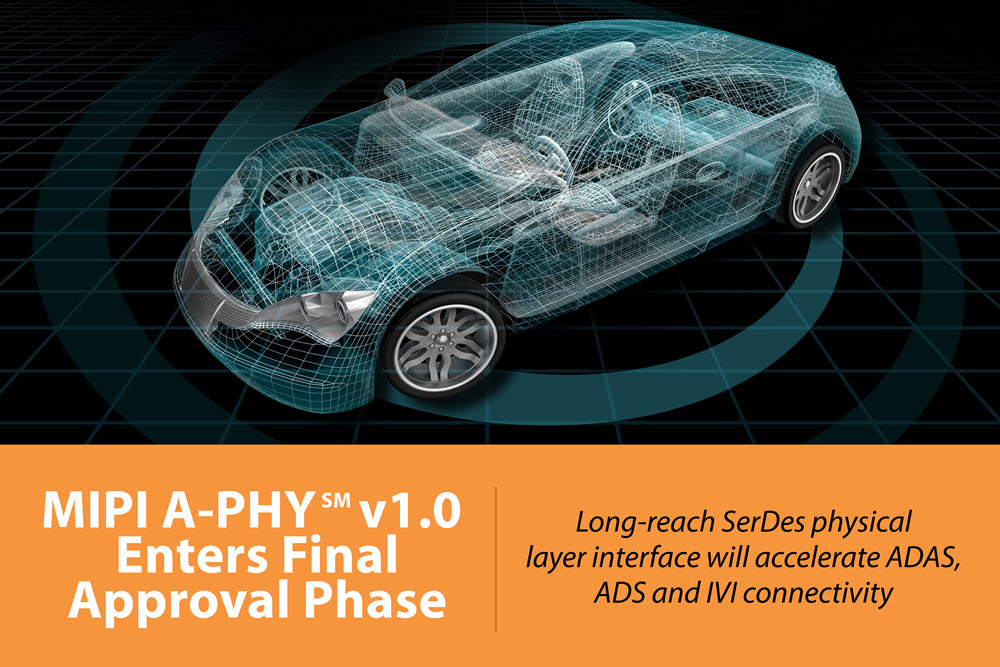 Automotive engineers continue to develop technologies for safer, more connected and fully autonomous vehicles. And to enable these technologies, OEMs and suppliers are working toward future models with more cameras and sensors, more informative displays and more powerful onboard computers.

Earlier this week, MIPI Alliance reached a milestone in its efforts to accelerate these advancements. It announced the completion of development on MIPI A-PHY v1.0SM, the first industry-standard long-reach serializer-deserializer (SerDes) physical layer for automotive applications. The specification is now undergoing review and is expected to be adopted within 90 days.

As detailed in a recent press release, A-PHY will be the foundation of a secure, end-to-end system that simplifies the integration of cameras, sensors and displays. Components that already use upper-layer MIPI protocols such as Camera Serial Interface (MIPI CSI-2℠) and Display Serial Interface (MIPI DSI-2℠), relying on proprietary long-reach PHYs, will be able to connect with onboard computers natively over A-PHY.

Features of A-PHY v1.0 include high performance of up to 16 Gbps (with a roadmap to 48 Gbps and beyond), ultra-low packet error rate (PER) of 10-19 and ultra-high immunity to EMC effects. A-PHY will complement existing in-car network backbones, including CAN and automotive Ethernet.

To help ensure the interoperability of A-PHY devices, a compliance test suite to test developers' implementations is already under development. 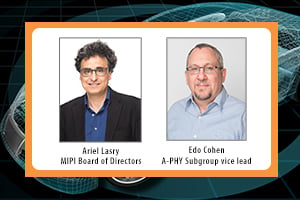 MIPI will be hosting a webinar, “MIPI A-PHY: The Cornerstone of a MIPI Automotive System Solution,” at two different times on 30 June at 08:00 PDT, and again on 1 July at 15:00 JST, to accommodate attendees in multiple time zones.

Learn more and register for the webinar here »