Advancing Automotive Interoperability, Choice and Economies of Scale via Collaboration with IEEE 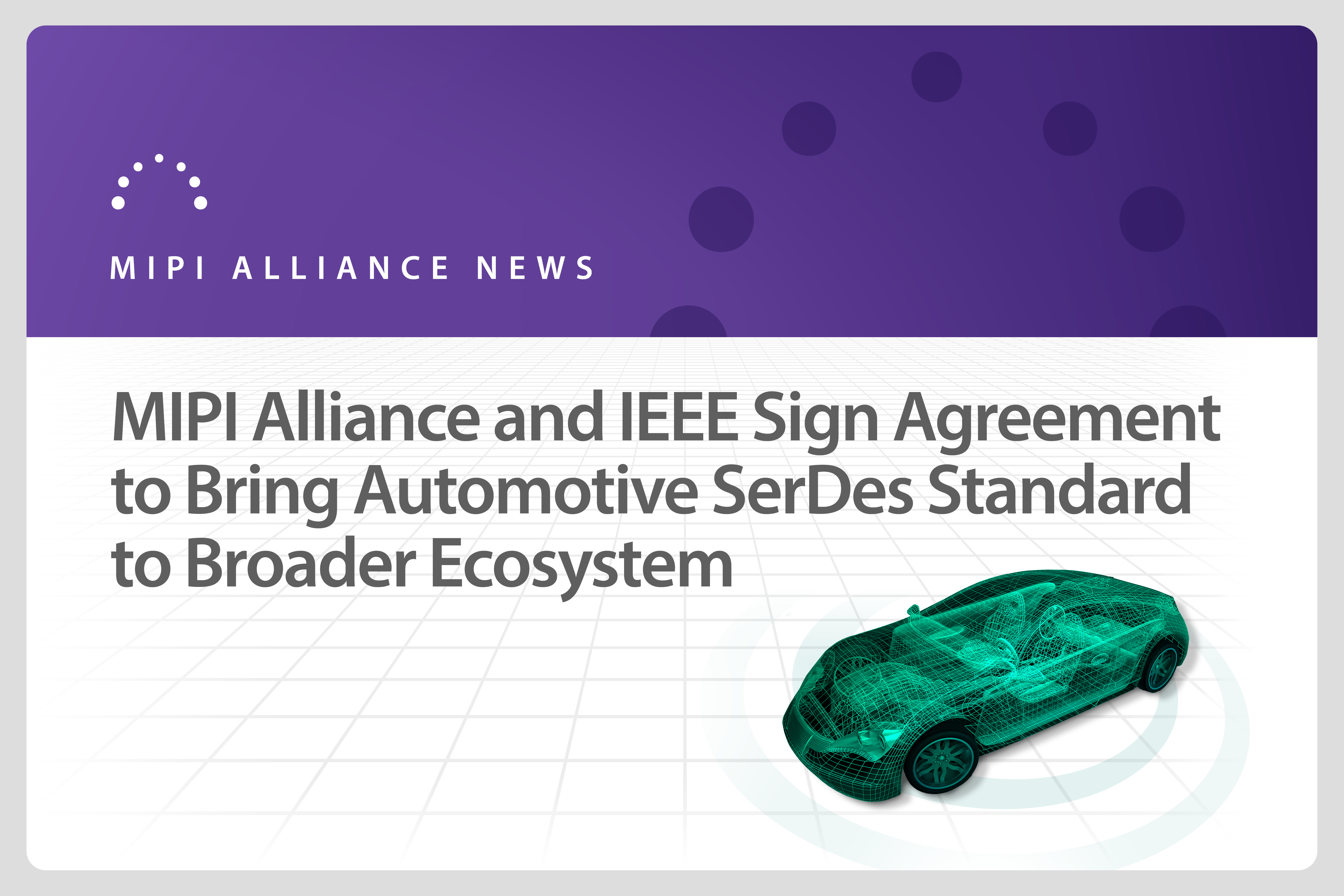 The MIPI A-PHYSM v1.0 specification, which has been available to MIPI Alliance members since September 2020, is now positioned for wider availability to the broader automotive ecosystem.

As detailed in an October 13 press release, under terms of a memorandum of understanding (MOU) with IEEE, the A-PHY serializer-deserializer (SerDes) specification will be put forward for adoption as an IEEE standard, which will result in broader global availability and, ultimately greater interoperability, choice and economies of scale for the global automotive industry.

With more than 419,000 members in over 160 countries and an unmatched range of technology spaces, IEEE is the world's largest technical professional organization dedicated to advancing technology for the benefit of humanity. There are more than 1,200 active IEEE standards, and more than 650 IEEE standards are under development today. Under the agreement, the MIPI Alliance also joins the IEEE Standards Association (IEEE SA) as a corporate member and participant in the IEEE SA Industry Affiliate Network (IAN).

The A-PHY specification also serves as the foundation of an end-to-end system designed to simplify the integration of cameras, sensors and displays across a vehicle while adding functional safety and security to the MIPI CSI-2SM and MIPI DSI-2SM protocols used in billions of mobile devices and widely implemented in automotive today. As the only long-reach PHY with native support for CSI-2 and DSI-2, as well as third-party protocols such as VESA DisplayPort and Embedded DisplayPort, A-PHY offers seamless integration by eliminating the need for bridge ICs.

“The contribution of MIPI A-PHY will add a new asymmetric approach to our existing portfolio of IEEE automotive standards,” said Dr. Konstantinos Karachalios, IEEE SA managing director, in the MIPI press release. “We are excited to work with MIPI Alliance to bring this standardized solution to the automotive ecosystem.”

Beyond MIPI A-PHY v1.0, the MOU paves the way for other MIPI specifications, particularly the A-PHY protocol adaptation layers for MIPI CSI-2 and MIPI DSI-2, to also go through the IEEE standards-adoption process in the future.