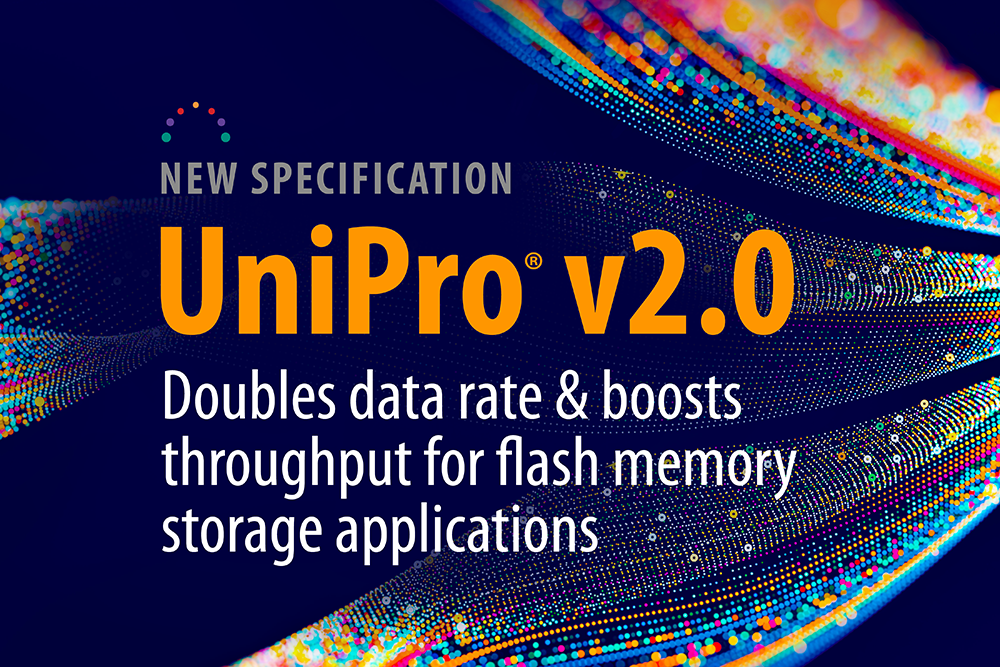 First introduced in 2007, MIPI UniPro has been incorporated into multiple versions of the JEDEC Solid State Technology Association's Universal Flash Storage (UFS) standard as its transport and link layers, along with MIPI M-PHY serving as its physical layer, to connect memory components. Such components can be deployed in a variety of products, including smartphones, drones, action cameras, consumer devices, tablets and mobile computing products, as well as infotainment platforms and telematics hubs in automotive systems. JEDEC's forthcoming UFS 4.0 standard will take advantage of the enhancements in UniPro v2.0, as well as those in M-PHY v5.0, which was released in late 2021. Both MIPI specifications were developed in collaboration with JEDEC UFS developers.

“The JEDEC UFS standard is a high-performance interface designed for use in flash storage applications where speed and power consumption must be optimized. Given these requirements, JEDEC UFS continues to leverage the industry-leading M-PHY and UniPro specifications from the MIPI Alliance to form its interconnect layer,” said Mian Quddus, JEDEC chairman. “The enhancements delivered in MIPI UniPro v2.0 were developed to help keep the manufacturers and suppliers that rely on UFS at the cusp of microelectronics innovation.”

In addition, UniPro v2.0 simplifies integration for application designers by removing features such as lower speeds that largely have fallen out of use among the UFS industry. With the elimination of those features, UniPro v2.0 is compatible with the previous version, v1.8. The specification’s conformance test suite (CTS) is also being updated to account for the new features in v2.0.

“The revisions in MIPI UniPro v2.0 were driven by the real-world needs—higher bandwidth and data rates, greater efficiency, reduced latency and minimized verification, validation and testing cycles—requested by designers from across the flash storage ecosystem,” said Sanjiv Desai, chair of MIPI Alliance. “Over the years, UniPro has proven to be both mature yet flexible enough to evolve for diverse and new architectures. We will continue to innovate the specification through ongoing collaboration with the JEDEC UFS community.”