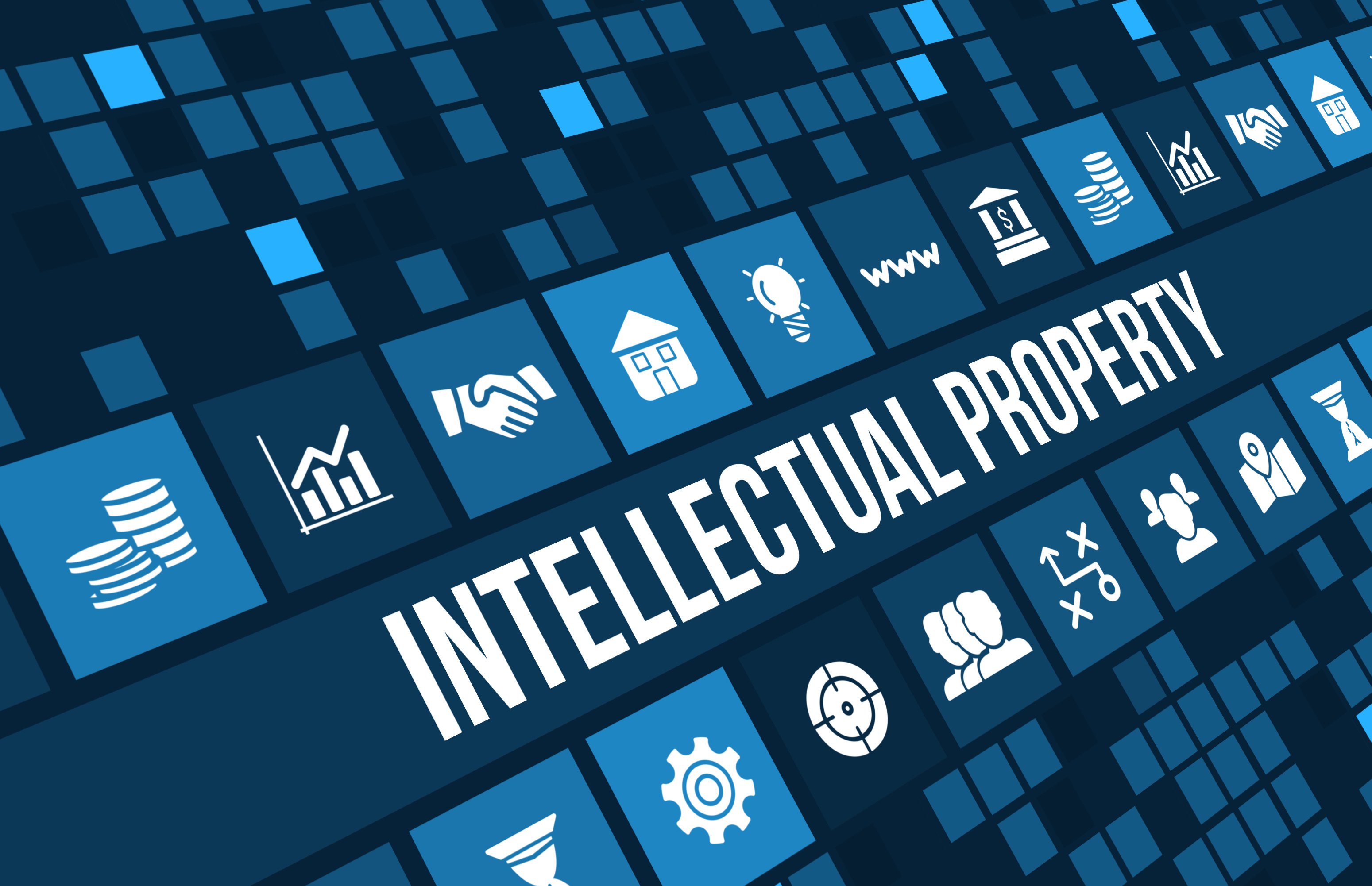 MIPI Alliance periodically receives questions about how its legal policies apply in different circumstances. This post addresses questions we’ve received about the requirement that MIPI protocols be used only with MIPI PHYs. The post explains existing policy. It does not change any current MIPI Alliance legal terms.


MIPI specifies that MIPI protocols be used on MIPI PHYs

From MIPI Alliance's inception, the Alliance has specified that MIPI-defined protocols must run over MIPI-defined PHYs. The current versions of MIPI CSI-2SM and DSI-2SM, for example, each explicitly require that they be used with either MIPI C-PHYSM or D-PHYSM. MIPI Alliance anticipates that future versions of these and other protocol specifications will continue to reference the current MIPI PHY specifications, because MIPI protocols and PHYs are optimized to work together.


A non-MIPI PHY is not a "Compliant Portion"

MIPI Alliance’s intellectual property rights (IPR)-related terms include a key concept: "Compliant Portion." The precise definition is set out in the MIPI membership agreement, but the essence is that Compliant Portions are those specific portions of products (hardware, software, or combinations of the two) that implement and are compliant with the relevant portions of a MIPI specification. Because MIPI explicitly specifies that MIPI protocols must run over MIPI PHYs, a portion of a product that uses a MIPI protocol over a non-MIPI PHY can never be a Compliant Portion.

If a MIPI member’s product or product component is a Compliant Portion, then: (1) the member and its customers benefit from MIPI Alliance’s royalty-free patent licensing obligation, (2) the member is permitted to disclose elements of the applicable MIPI specifications to suppliers and customers, subject to certain limitations, and (3) the member can use certain MIPI Alliance trademarks in connection with its product distribution. Conversely, if a product or component is not a Compliant Portion, then the member does not have these rights. Each of these areas will be discussed in more detail below.


Examples of Compliant Portions, including with "bridges"

Some examples can illustrate how the concept of Compliant Portion can apply in different implementation configurations. These examples use MIPI camera protocol specifications (CSI-2 and CCI) and the upcoming MIPI A-PHY℠ specification for purposes of illustration, as we’ve received questions about this anticipated future scenario in particular, though the concepts apply more broadly. 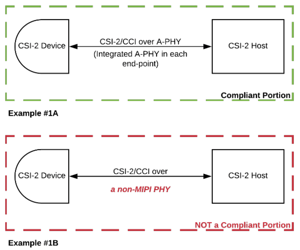 Example #1: Direct connection
A product that directly connects a device and host using a MIPI protocol and MIPI PHY as specified in the applicable MIPI specifications can be a Compliant Portion (Example 1A).

Conversely, a product that uses a non-MIPI PHY with a MIPI protocol would not be a Compliant Portion (Example 1B).

One scenario, pictured in the diagram labeled Example 2A, involves the use of bridge chips with MIPI protocols traveling only over MIPI PHYs. In this case, all elements of the product implementing the MIPI specifications could be Compliant Portions.

Another scenario, pictured in the diagram labeled Example 2B, shows MIPI protocols traveling over a non-MIPI PHY. In this case, the portion of the product that implements the non-MIPI PHY would not be a Compliant Portion. However, the product or product components from a MIPI member that included only a compliant implementation of the applicable MIPI specifications (e.g., a product that connected a CSI-2 device to a bridge chip using a MIPI PHY) could be a Compliant Portion.


MIPI can and does authorize third-party use of its specifications

MIPI Alliance has a long history of cooperative liaison arrangements with other organizations. If the Alliance determines that use of a MIPI protocol over a non-MIPI PHY is technically equivalent or superior to implementations that couple MIPI protocols and PHYs, and that such use would benefit the MIPI membership and other industry stakeholders, the Alliance could specify this approach as compliant, thus making implementations Compliant Portions.

Unless and until the MIPI Alliance Board of Directors explicitly authorizes uses of its specifications in this manner, however, use of MIPI specifications in connection with third-party specification development efforts is unauthorized and raises the problematic legal issues described in this post.

MIPI Alliance recognizes that industry participants may desire to create specifications outside of the Alliance. Parties may have a good faith technical disagreement with MIPI’s direction, for example, or may wish to develop specifications in a "RAND" (reasonable and non-discriminatory) IPR environment, in contrast to the Alliance’s royalty-free structure, so that the specification developers can collect patent royalty payments from implementers. MIPI Alliance insists that its own intellectual property rights be respected in connection with such efforts, however. Third-party specification development efforts should not use MIPI intellectual property except as authorized.

Questions about this blog post can be directed to MIPI Managing Director Peter Lefkin and MIPI counsel Brad Biddle. This post describes important principles underlying the MIPI IPR terms, and provides illustrative examples, but does not comprehensively describe the terms or provide exhaustive examples. Readers should read the IPR terms and consult with their own counsel about how the terms apply to their own particular circumstances.

Brad Biddle serves as outside general counsel to MIPI Alliance, among other activities. He is co-editor of the book, Patent Remedies and Complex Products, published by Cambridge University Press, which was awarded "Best Patent Law Book of 2019."